The Worst Mistake of the Cup

The main reason the United States won’t advance to the 2nd Round has nothing to do with Landon Donovan nor The Group of Death.  No, the mistake was made before the draw took place last December.  For some reason coach/GM/Emperor of US Soccer Jurgen Klinsmann decided to base his team in São Paulo, never mind the fact that they will play nowhere near that southern city.

When I arrive to Brazil, I will fly from São Paulo to Natal, the city of our first match against Ghana.  That flight is 3 hours and 25 minutes.  The US will make that same flight, presumably a day or two before the match and then reverse it.  This should not prove terribly difficult for our boys, the European players often fly across the Atlantic and the MLS based players routinely fly cross country for league matches.

The US’ 2nd match is in Manaus, the heart of the Amazon jungle, certainly a challenge for all teams playing there.  The US is fortunate that that second match is six days after the first.  That flight is four hours long.  This is where the problem will really kick in.  First Manaus is the hottest, most humid of all the host cities.  Second, the match is at 6:00pm, meaning the team won’t get to the airport until at least 10:00pm.  This means at the best they will get back to Sao Paulo at 2:30am.  Have I mentioned the team’s hotel is about 50 minutes from the airport?  Assuming almost no time at either airport or loading into buses or traffic, the team will pull into the hotel at 3:30 in the morning–and this is very best case!  So much for recovery, and recovery they will need.

The final group match with mighty Germany is four days after the Portugal match.  And it’s another 3 1/2 hour flight away in Recife.  So, if that first day back from Manaus is spent in the hot tube and in meetings and if the team flies to Recife the day before the Germany match, that would give them all of one whole day of practice.  When I consider this I would really hope the team either stays in Manaus or, better yet, heads directly to Recife after the Portugal match.  Perhaps this is the plan, but if so, I have yet to hear of it.

Again, with only three days between Portugal and Germany, the US will spend about 10 hours in transit.  Even the most seasoned traveler cannot help but feel the effects of this. Add to that the heat of Manuas as well as the pressure of these matches and I fail to see how the US will be anywhere close to fully fit.  And this for what may end up being a match against a world class opponent where we must have a result. Will we see a radically different lineup or will we play with players not at 100%?

Why was the decision made to be based in Sao Paulo?  Why after the draw did we not relocate up north, somewhere near Recife and Natal, which are only about 150 miles apart?  Our odyssey is somewhat like playing in Boston, New York City, and Denver but basing ourselves in Miami.  Why?

I fear this shortsighted decision will doom us to exiting after the group stage.  In short, we’re out before we even start. 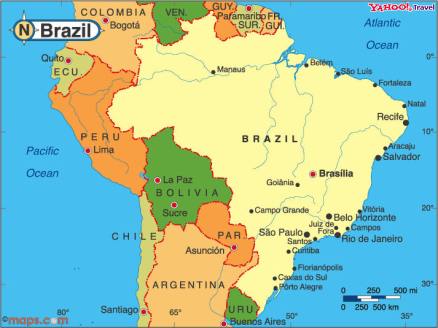 6 thoughts on “The Worst Mistake of the Cup”